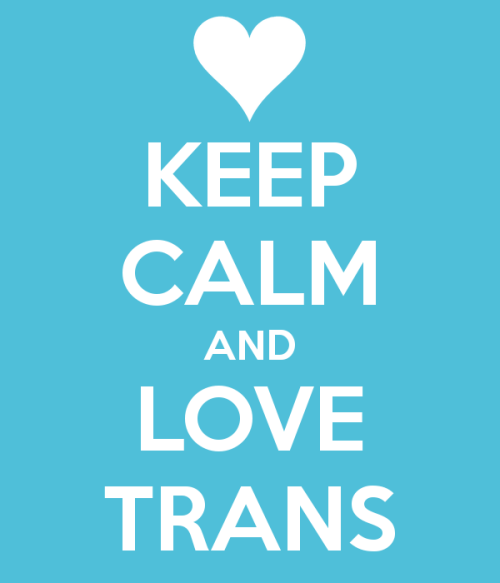 I’ve been dating another trans girl for a little over 5 months now. It was practically love at first sight. We first met last summer at a local support group for trans feminine people – I was immediately fascinated by her but I was in a relationship at the time. After that ended, I was single again and we happened to hang out together with some friends one night after the trans support group got together for our usual Wednesday meetings. We ended up staying up to like 4am talking and connecting – I could feel serious chemistry between us. After she went home, I messaged her on FB saying that I felt like kissing her when we were saying goodbye but I chickened out at the last minute. To my surprise, she echoed similar sentiments.

We set up a date for the next night. We went to some little cash-only hipster bar next to a place called Steve’s Hotdogs. We were feeling each other totally. I was intoxicated by her presence. I don’t even remember what we talked about that night but I knew right away this was something special. She came home with me and spent the night. It was amazing. After I drove her home the next day we immediately made plans to hang out again later in the day. And the pattern repeated the next day. On the third night we were lying in bed after crazy good sex and whispering sweet nothings to each other. I could feel myself falling in love. It was intense. I knew she was feeling the same thing – I could see it in her eyes and in the way she was talking to me. She said “There’s something I want to tell you but I’m afraid of saying it…” I knew instantly what she wanted to say but I beat her to it: “I love you” I say. She returns the sentiment, saying “I love you” back. This was unusual for me. Usually it takes weeks or months for me to be capable of saying those three words and sincerely meaning it but with her it was like some supernatural force came over me causing me to fall deeply in love.

I didn’t want her to go home, ever – at the time she was living at her parents place. Sensing that she wasn’t comfortable with her living situation at home I impulsively asked her if she wanted to Uhaul it with me, to move in right away in classic lesbian fashion. She said yes. She couldn’t wait to move out. It was an admittedly crazy proposal. We barely knew each other. It was irrational, impulsive, rash, short-sighted, etc. But it worked. Five months later and I couldn’t be happier. The risk paid off. Big time. Turns out we are very compatible domestic partners.

I’m convinced that part of our success is the fact that we are both trans girls. When we first met she was actually boy crazy. Wasn’t even on her mind to consider the possibility that the love of her life would be another trans girl. But now that we’ve both experienced trans4trans love we wouldn’t have it any other way. It’s amazing to be with someone who knows exactly what your own dysphoria feels like. To be with someone who you don’t have to feel weird about being so excited when someone gendered you correctly at the supermarket. Someone with whom you can share the small joys of transition and know that they understand perfectly what you mean. Someone who understands your identity in all its complexity because they’ve gone through the same evolution.

With her I can share my doubts about my own identity without worrying she will take me any less seriously as a woman. With her I can discuss my own internalized transmisognyny without risking her reinforcing my own internal shit. With her I can discuss my fears and hope and dreams relating to my transition without worrying that she will not understand me. With her I can obsesses about the smallest details of transitioning without worrying that I am being “obsessive” about gender. When I get misgendered I know she will empathize fully. With her I can be fully myself and at ease. If I don’t feel like sitting down to pee I can do so without my feeling I need to prove anything to her about my womanhood. In my past relationships I felt like I had to be more guarded about being maximally feminine. Now, I don’t have to feel self-conscious about my voice not being as feminine as my cis partner’s. I don’t have to worry about constantly effecting a higher pitch. I don’t have to feel self-conscious about the femininity of my body next to hers. I don’t need to “pass” better for her. She gets it on a deep molecular level.

Cis people will never truly get it. But don’t get me wrong, it’s not always black or white in terms of either being 100% cis or not. Gender is messy, fuzzy, and sometimes people can struggle with their gender and question their identity while still maintaining their connection with their assigned gender. These questioning cis people might have a little insight into what it’s like to have gender dysphoria but most cis people don’t struggle with their gender at all. For them the reality and firmness of their gender is simply an undeniable fact that they have totally accepted and internalized, as real as gravity and reinforced by 100% of their experiences growing up. I call the cis people who have never struggled with their gender “basic cis”. It’s the type of cis-ness that fuels the gender binary and cis supremacy. Basic cis people will never come close to understanding what it’s like to have gender dysphoria. They just can’t imagine what it’d be like to look in the mirror and not just be dissatisfied with your appearance but perceive the wrong gender.

It’s an eerie phenomenon, like looking in a funhouse mirror, except the distorted mirror doesn’t just stretched your physical proportions to be grotesque but rather shifts them such that you look like the “opposite” sex. A typical funhouse mirror is like anorexia: being thin but perceiving yourself to be fat or vice versa. But gender dysphoria is more complicated than a simple shift in physical dimensions: it’s a shift in our fundamental metaphysical status as gendered beings. Gender dysphoria is like a snapchat filter on steroids applied to all the hundreds of little features that physically separate the sexes. It’s very difficult for basic cis people to understand this because they are so basic.

Trans love is a way of showing the cis world that we don’t need them to define our worth.

Filed under My life, Trans life