Learning to Say “Fuck it” to Passing 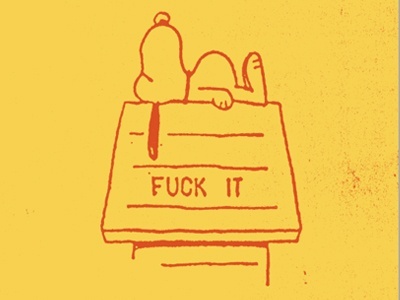 If you’re a trans person like me then you’re probably hyper aware of all gendered activities directed your way. Last night I was at Denny’s with some cis female friends and when the server brought the food out she was giving the food to the other girls and was like “And this is for this lady right here”, etc.,  but when she got to me she didn’t repeat the pattern – she didn’t know how to gender me – didn’t know whether I was lady-enough to warrant being called a lady. In my own assessment it was probably my voice, the downfall of many trans women.

For probably like the first 10-11 months of my transition I put a LOT of effort into trying to make my voice more passable. My results were not fantastic, probably because I never saw a professional voice therapist. And now I’ve just given up entirely because I am trying to learn to say “fuck it” to passing. It’s so hard. So so hard. I want to pass more than anything. I want to interact with people just for once and not have them question my gender. And not just like a fleeting interaction – like I want just for once to have an intimate one on one conversation with someone and not have them suspect I was born male. Oh that would be nice.

I suppose I am lucky though. I fall into that strange class of trans women who don’t pass perfectly but people say are attractive. The very concept of a beautiful nonpassing trans woman is almost a contradiction in terms if you are to believe all the transmisogynist bullshit TERF rhetoric out there. If you don’t pass you look like a man – yet how can a woman who looks like a man be considered beautiful? And yet it’s definitely a thing. Beauty and passing are not the same. You can pass but not be beautiful. And you can be beautiful but not pass. So I don’t have it that bad. I’ve actually be accused by others in the local trans community of being the “epitome” of passing privilege. But I live my own experience and I know from how I interact with strangers that I get clocked pretty much every time because of my voice. So I don’t actually have passing privilege because I don’t pass. I get clocked. It is currently impossible for me to go stealth. Most people are polite/smart enough to not “sir” me but I don’t always get those gendered pronouns I so crave for validation. My experiences are often genderless despite me observing other people around me getting gendered correctly. I pass enough to largely be avoided being gendered male (though it does still happen sometimes) but not enough to be consistently gendered female, especially after I open my mouth. At the intercom for a drive through? Forget about it. Over the phone? No way. Still a man.

The number one goal is to learn to not care what others think of you. Easier said than done. But it is possible to foster this attitude within yourself through deliberate cognitive practice. Say to yourself “I don’t give a shit. Fuck you.” It helps. Or at least it helps me. If someone misgenders me, I try to just tell myself it doesn’t matter what strangers think of me. What matters is how I am gendered by my friends and people who know me and are close to me. If they see me as a woman, then that’s what matters because they actually know me as a person and respect my gender in its true authenticity. Strangers are just judging you based on cis-sexist stereotypes about how people are supposed to look or sound. Trans woman with deep voice? You’re fucked. But I’d rather spend time with people who don’t assume that a deep voice makes you less of a woman. It is the company of people like that that I cherish. Strangers are just reacting to surface-level gender cues. But gender is not a surface level phenomena. It goes into the core of my being. Strangers can’t see that, nor should I expect them to.

There are two types of transphobes. Those who can be educated to change their minds and those who can’t. The latter type of people are always going see me as a man so why not just blow their minds with how much a “man” can shatter gender stereotypes by embracing their femininity? In a way, TERFs use misgendering as a political weapon, used to upset trans women and get under their skin, provoking anger which can then be used to “prove” they’re still male socialized. Another tactic is to call trans women “male to trans” (MtT) instead of “male to female”(MtF) because they don’t believe trans women can actually change their sex. Once male always male. But one of my personal strategies for learning to say “fuck it” to passing is to flip TERF logic on its head. If they’re always going to see me as a man no matter what I do then it ultimately doesn’t matter if I put more effort into passing. I’m not going to change their minds. They are a lost cause not worth stressing about. But TERFs are supposedly all about shattering the stereotypes associated with what “males” are supposed to be like. So go ahead. Think of me as a man. You’re not going to change my femme identity. Femme man or femme woman – ultimately these are just labels with no concrete definition. People are free to define these terms for themselves how they wish. I have long since given up on getting the world to unite behind what it means to be a man or woman, male or female. Everyone has their own pet theory. TERFs think they can dehumanize me by saying I only transitioned from a male to a tranny. But echoing Kate Bornstein – I am proud to be trans! It’s an identity I welcome and embrace. Not because being trans is without its problems but because being trans is the only way I can genuinely be myself. My trans identity is a source of many difficulties but it’s also a source of great happiness through the power of self-determination and self-actualization.

But I recognize I am speaking from a place of privilege. Not all trans people are lucky enough to see their being trans as anything but a nightmare, a horrible biological malady that they wouldn’t wish on their worst enemy. Oh what has the world done to you? How has the cruelty and transphobia of the world twisted something so beautiful into a tragedy? I am a strong believer in the hashtag #transisbeautiful. It’s a powerful message precisely because so many don’t believe it’s true. They have been convinced that trans is ugly, sinful, diseased, pathological. But it’s only those things because we lived in a fucked up world. In a utopia there would be room for trans people to not just exist but flourish. Think about that. Think about life in a trans utopia. The very possibility of that imagination proves that trans is not inherently pathological – it’s not an intrinsically horrible experience. In a perfect world being trans would be like having freckles, just another thing that makes us unique individuals. In a perfect world, passing wouldn’t have the all-importance it does now because safety wouldn’t be an issue. If trans people could be assured 100% that the world did not pose a physical threat because of their existence I guarantee so many more trans people would come out of the closet and transition. So many trans people would learn to say “fuck it” to passing because they can finally just be themselves without worrying about all the pressure to pass.

It is the first type of transphobes, the ones who can be educated, that I truly care about. They are the ones who are merely ignorant about trans identities. Their minds can be changed. They can learn about gender and how it’s different from physiology. They can learn about neuroscience and the biological basis of gender. They can learn about pronouns and how important they are. These are the people who can learn to feel bad after they misgender you. They can’t help it. But they can learn. They can change. They can learn to see me as the woman I really am. They can learn to move beyond the rigid male-female binary essentialism that fuels cis-sexism. It is through this process of education that trans people have any chance of approximating our trans utopia. By holding onto that ideal, we can develop the all important idea of hope inside our hearts. Hope leads to optimism and optimism leads to change, even if just internal change. We are ourselves our own best source for mental contentment and satisfaction. By giving ourselves a chance to accept ourselves we can learn to say “fuck it” to passing and just be ourselves. Easier said than done (there is my privilege speaking again). But I am a dreamer. I can’t help but imagine a better world for trans people. A world where passing is done only for ourselves, not for others. A world where passing is about being true to our internal image of ourselves not a defense mechanism against transphobic violence.

9 responses to “Learning to Say “Fuck it” to Passing”